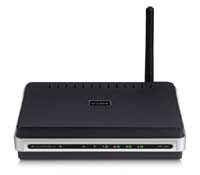 Wireless print severs are nothing new, nor are the headaches associated with getting them properly configured and online. In the past I have worked with wireless print servers from companies like Linksys, SMC and even D-Link. Of these three, I could get only two of them to work (after much hair pulling), while the third had to be returned because I could do nothing with it. Not that I didn’t try. I spent well over two hours working with it on my own and another hour on the phone with the tech support department before finally giving up.

Print Server Basics
For those of you who don’t know what a print server is, let me explain. A print server is often a specialized plug-in board or small network device about the size of a small hub and is capable of monitoring and managing print jobs on the network. Companies of all sizes use print servers, and they’re good for small- or home-office (SOHO) networks, too. A wireless print server works in the same way as your standard wired print server does, but instead of wires, it connects to your network via a wireless access point.

A wireless print server makes it easy to share a printer among a group of people, and it gives them the freedom to place the printer in a location that’s convenient for everyone. Yet for all its benefits, it’s not a perfect solution and you do have to make some compromises when using one. For instance, as I mentioned, print servers can be quite difficult to setup; even for people who know what they’re doing. This makes them a bit intimidating for people without technical skills.

Print servers often aren’t compatible with the printer’s utility software; which monitors the printer’s ink levels, for example. Another big drawback to wireless print servers is that they aren’t compatible with all the features of multifunction printers (MFP). Most will work for printing, but you’ll lose access to the MFP’s other abilities like scanning and faxing. For people who own a multifunction printer, losing that functionality just isn’t worth it.

Taking the Challenge
Understandably, I was more then a bit apprehensive about reviewing the new D-Link DPR-1260 RangeBooster G Multifunction Print Server. I prepared myself for the worst. Surprisingly, this turned out to be the simplest, most pain free wireless print server installation I have ever experienced. That’s not to say that the DPR-1260 isn’t without its problems, but compared to the others I’ve tested, this product is fantastic.

D-link markets the DPR-1260 as “The Industries First Wireless Multifunction Print Server.” So unlike all of the other print servers I’ve looked at, the DPR-1260 supports both printing and scanning over a wireless network. Now I know what you’re thinking — most MFP devices offer printing, scanning and faxing capabilities. Regrettably, the DPR-1260 supports only printing and scanning, so you’ll still need to invest in a fax server for your network faxing needs.

Nevertheless, printing and scanning is a big jump compared to the competition. Also, unlike those other wireless print servers I mentioned that supported a single USB printer, the DPR-1260 can support up to four USB printers or MFPs.

Another feature that I like about this product is that in addition to its print server duties it also doubles as a wireless Ethernet bridge, providing wireless connectivity for any Ethernet equipped device. This would include things like a computer or laptop, a DVR or even Network Attached Storage (NAS) devices. The only downside to this feature is that the unit apparently doesn’t have a built-in DHCP server so you’ll need to configure the devices TCP/IP settings manually.

Server Set Up
As I mentioned earlier, setup and configuration of the DPR-1260 was an absolute joy. To configure it all I needed to do was plug it into my PC’s Ethernet port and modify my TCP/IP settings with an appropriate IP address. Then log into the print server using its simple Web-based interface and configure it to match my wireless network settings.

Once configured, I removed it from my PC and was than able to communicate with it over the wireless LAN. From that point, to setup a printer, all you need to do is connect the printer to one of the unit’s four available USB ports and run the Quick Installation Wizard. Unlike other print servers which require you to create a custom TCP/IP port, set the port numbers and disable bi-directional printing, the wizard automatically configures everything for you, so even the technically challenged should be able to get this unit up and running in no time.

Constrained Compatibility
Overall the DPR-1260 actually has really nice features. So you might be asking, what’s the downside? Well a couple of things. For starters, on the packaging D-Link emphasizes that this product has been tested with more than 100 different printer models and offers class-leading device compatibility. Now that might be true for stand-alone printers, but in regards to its MFP compatibility (which is what they showcase) the product is compatible only with multifunction printers from HP. As of this moment, it will not work with any other MFP device. I hope HP paid D-link a royalty for this exclusivity.

Another big letdown regarding this product is that the scanning feature doesn’t let you use the scanner’s native drivers. Instead all scanning is performed through the DPR-1260’s Web-based interface. For your average person this interface should be sufficient. Although more technically advanced people might be put off by the minimalist options available when using this Web-based utility.

Furthermore, since scanning needs to take place through this propriety interface, you won’t be able to scan directly into graphic applications like Photoshop. Under that scenario you’ll first need to scan and save the picture, before opening it for editing. This isn’t really a problem per say, it’s just kind of irritating.

The one thing the DPR-1260 has in common with all of the other print servers I’ve tested is that it doesn’t support any printer management utilities such as the aforementioned automatic monitoring of ink levels. With the MFP functionality focus of this product I thought they might have addressed this issue and was a bit disappointed to discover they hadn’t.

Test Results
We tested the DPR-1260 with three different printers. An HP LaserJet 2300d, an OKI C5800 color laser printer and a Dell A920 All-in-One multifunction printer — none of which were on the compatibility list. The results of our test are has follows:

The HP LaserJet 2300d printer installed and functioned perfectly. Just the way you imagined it would. Next up was our OKI C5800 color laser printer. The installation went fine, but as soon as I attempted to print a test page I received an error message indicating that the printer could not get DCS data from the printer. D-Link couldn’t offer an explanation for this behavior.

Last up was the Dell A920 All-in-One multifunction printer. This one was a mixed result. The A920 installed and printed just as easily as the HP did. However, the DPR-1260 was unable to recognize the A920’s scanning capabilities. So as a result, we were never able to successfully test the DPR-1260’s scanning abilities.

What’s It All mean to You?
So what conclusions can we draw from this? Well, if all you’re concerned with is printing, I think there is a good chance that most monochrome USB printers will work just fine with the DPR-1260. However, if you want to take advantage of the DPR-1260’s scanning capabilities, then I hope you own an HP MFP, because as of this moment, only HP products are compatible.

The D-link DPR-1260 carries a list price of $120 but you can buy it for less than $100 at most of the online computer stores. If you’re in need of a print server that can support multiple printers and can perform double duty as an Ethernet bridge, then this might be just the product for you.

However, if you’re looking to share the scanning features of your non-HP multifunction printer with family or co-workers, then you might need to look elsewhere. At the very least you should make sure that your local or online retailer has a lenient return policy.