Amid much fanfare at last month’s Consumer Electronics Show (CES) in Las Vegas, Microsoft announced the availability of the first public Beta version on Windows 7 (officially known as the Customer Preview Program). After spending several weeks putting the beta — which is quite solid and stable — through its paces, I can attest that Windows 7 is shaping up to be a major improvement over Vista. You could even argue that Windows 7 will be the operating system Vista should have been in the first place. Several of Windows 7’s most noticeable enhancements are in networking, so read on for a sneak peak at some of what Windows 7 has in store in this area. 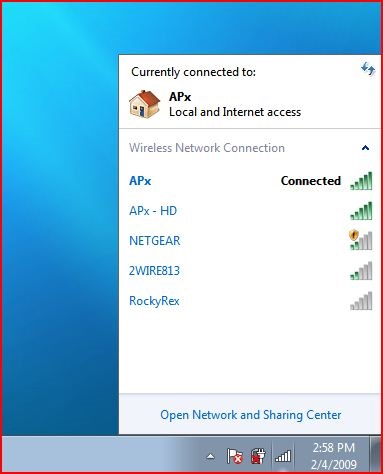 For starters, Windows 7 makes finding and connecting to wireless networks much easier. You can actually configure a WLAN connection while you’re performing Windows 7’s initial setup procedure, so it will be up and running the first time you log into the system. Switching between different wireless networks is a lot easier too. When you click the network connection icon in Windows 7’s tray, you get a list of all the available networks and can connect or disconnect right from the menu; you don’t have open a separate window like you do with Vista.

Windows 7 also gives you more responsive connections than its predecessors. For example, both Vista and XP can take excessively long to find and reconnect to wireless networks whenever you bring a system out of standby or hibernation mode. (Sometimes you even have to resort to Windows connection repair function to restore a link.) In my time with Windows 7 on two different systems, it didn’t display this tendency at all — when the system was back up, so was the wireless connection, within five seconds at most.

Interestingly enough, Windows 7 also appears better able to sniff out wireless networks with weak or marginal signals. In several instances, it reported the presence of networks — albeit at a mere 1-bar signal strength — that the same system, in the same position, was unable to detect when running Vista. 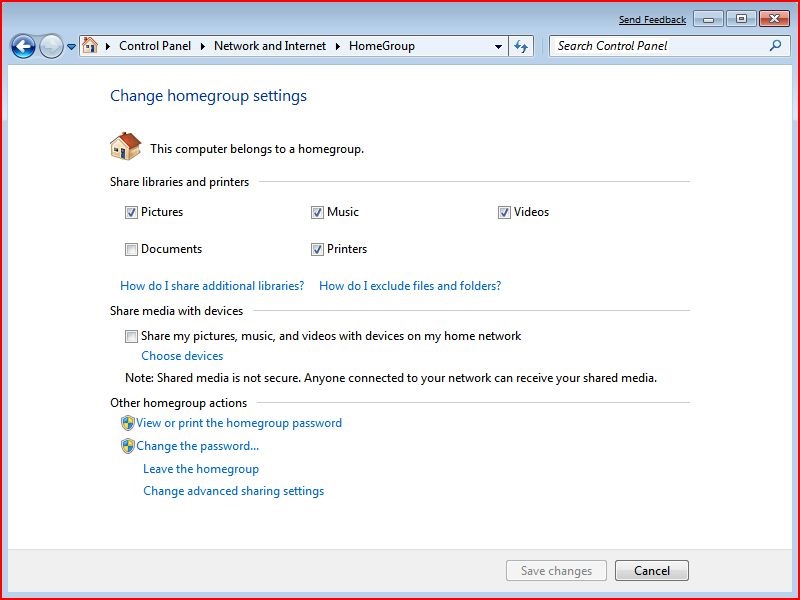 While Vista makes sharing folders and printers simpler than XP does, thanks to a feature called Homegroup, Windows 7 makes it easier still. When you first set up a Windows 7 system — or any time thereafter — you can create a Homegroup and specify the types of resources (e.g., music, printers and documents) you want to make available on the network. Windows 7 will then automatically assign a 10-character, mixed case, alphanumeric password to the Homegroup, which can be shared with users on other Windows 7 systems (but alas, not Vista machines) so they can easily join the Homegroup to gain access to the shared resources and share their own. Unlike Vista’s Public folder sharing, which requires an individual to move or copy files to the Public folder to share them, when a user joins a Homegroup his or her files are shared right from their original location, such as the user’s My Documents folder. When you want to change the Homegroup password, as you should regularly for optimal security, Windows 7 can automatically generate a new 10-character password for you to reduce the temptation to use the dog’s name or a similarly facile word.

If you want to get your hands on the Windows 7 Beta and take it for a spin, move quickly (you can get it here) because Microsoft is due to take it offline this Tuesday, February 10th. You’ll have until August 1st to play with it, the day the beta is due to expire.

Here are a few other things to keep in mind. The Windows 7 Beta is being offered as an ISO image file, so you’ll need to have software capable of burning the file to an install DVD. For obvious reasons, you’ll want to backup your system before installing it — this is Beta software after all. You can dual-boot Windows 7 with another version of Windows, provided you install the former on a separate partition. If you’ve got only one partition and are running Vista, Disk Manager will let you shrink it non-destructively to form a new partition out of some free space. With XP, you’ll need a third-party utility.

Microsoft hasn’t yet announced a release date for Windows 7. The consensus is that it will be out by late this year or early next. Given how solid the beta is shaping up, I’d bet on sooner rather than later.

Joseph Moran is a regular contributor to PracticallyNetworked.