A diminishing few of us can still remember a time when you had to talk on a phone whose handset was tethered to the phone itself with a six foot cord. Forget about pacing around the house, let alone having a conversation while gardening in the backyard. It’s almost just as quaint now to think of a time when we had to sit in front of a PC plunked onto (or under) a desk in some awkward corner of our house. Ah, the nineties.

Thanks both to cheap laptop PC’s and wireless networking, watching YouTube videos in the bathroom is easier than ever. You probably already do this if you have a wireless router, or else you want to do this and so you’ll need a wireless router. Or perhaps you have an old or underperforming router and simply want to upgrade. Whether you’re looking for better range, faster speed, or tighter security, these are a few things to know when going shopping for a wireless router.

Why a wireless router

There was a time when routers were niche equipment used only by network administrators. But broadband Internet-your cable, DSL, or other high-speed connection has brought networking into the home. In your home you use a router for three reasons:

1. To share your Internet connection with more than one PC. (We’ll use the term “PC” here for all personal computers, including Macs.)

2. To protect your PCs from hackers trying to gain unauthorized access through your Internet connect-in other words, as a firewall.

3. To share files between your home PCs-in words, a home network or in technical terms, a “local area network” (LAN).

A wired router can do all three of these things, but every PC would need to be plugged into the router with an Ethernet cable. This can get tricky and complicated if your PCs are far apart or on different floors of your house.

A wireless router cuts the cord, giving you much more flexibility. For desktop PCs, you may opt for a wireless connection so they can be located somewhere where you don’t want to run a cable. For laptop PCs and other mobile Wi-Fi devices (like the iPhone), a wireless router lets you roam around the house without losing your connection. Most wireless routers also have wired connections, so you can mix and match.

Since their introduction around the year 2000, residential wireless routers have evolved through three generations. These are commonly referred to as “b,” “g,” and the newest, “n” (technically, these refer to wireless communication standards known as 802.11b, 802.11g, and 802.11n-an earlier 802.11a standard was very slow and not often seen in home equipment).

When looking at a wireless router, the first thing you want to check is whether it is b, g, or n, because they differ in important ways:

g-Second generation provides good speed faster than most Internet connections (maximum 54Mbps) with good range, though can vary widely depending on equipment and conditions.

n-Third and newest generation provides theoretical speed up to 300Mbps (but will be closer to 100Mbps under most conditions) with range designed to work best in obstructed environments.

Beware of wireless routers that support only b-these will be old, not to mention slow. If you already own a b router, this would be a good time to upgrade. You won’t see many b-routers among new models, but they do show up on eBay and other second-hand outlets-avoid these.

Today, your best bet is a wireless g router. (These will be backwards compatible with b, so they will often be advertised as b/g.) The g standard is well-supported and prices can be very reasonable-expect to find a perfectly good wireless g router for under $50.

Wireless n routers are relatively new to the market-in fact, the standard will not even become official until this September. But manufacturers have been selling n-based routers for a couple of years now based on earlier versions of the spec. Truthfully, wireless n promises a lot, but so far its promise has yet to be realized reliably and affordably enough for basic home networking. Resist the marketing. For now, wireless n routers are still best left to customers with more advanced networking experience and a willingness to debug issues with network stability (or customers with extremely fast broadband-see below). 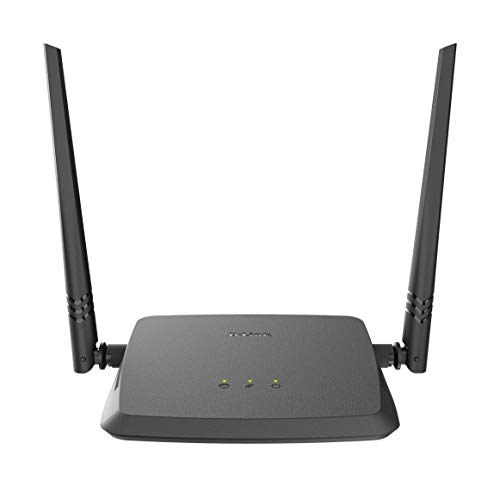 A note about speed

Like with most computer products, manufacturers advertise wireless routers with an emphasis on speed. After all, more speed is better, right? Well, maybe.

Most broadband customers in the U.S.-and even many other countries-currently have Internet speeds under 10Mbps. In other words, a router promising much faster speeds is not going to make your Web surfing or movie downloads any faster. The router can’t go faster than your broadband. For (super lucky) broadband customers with speeds above 30Mbps, you may benefit from enhanced wireless g routers (more on that in a moment) or wireless n, which has adequate overhead to share a connection this fast.

A faster wireless router can increase the speed of your local network, meaning sharing data between your own PCs will benefit-if this is something you do, such as streaming music or video from one device to another inside your home.

A note about clients

It takes two to tango, and wireless networking is no exception. Your wireless router “talks” to the wireless adapter in your PC or other device. The two can only communicate as fast as the slowest partner.

If you buy a wireless g router but only have wireless b adapters in your PCs or laptops, then the router will only work at b speeds (and with b security). You probably should still buy that wireless g router, because you can upgrade your PCs or, eventually, replace them.

You may see some wireless g routers advertising enhanced speeds-usually with names like “Turbo” or “Plus” or “108Mbps” or “MIMO“. Indeed, these wireless routers can provide local network speed as much as twice the official specification, but only when connected to clients supporting the same enhancement. Often this means wireless adapters from the same manufacturer.

Normally you can mix and match manufacturers as long as you keep in mind b, g, and n, but these proprietary enhancements break that model-so if you really want “Turbo G,” for example, be sure you buy Turbo G adapters for your PCs or laptops.

A note about antennas

When looking at wireless routers you’ll notice a variety of antenna configurations-some appear to have none, or anywhere from one to four. Are more antennas better?

Actually, all wireless routers have at least two antennas. In some models, one or both of these might be inside the case, which is why it looks like there are none or just one externally. Theoretically external antennas allow you some flexibility to tweak their position-in practice, most people find that tweaking the antennas is not all that helpful, and can often result in worse signal.

Routers with three or four antennas are using technology called “MIMO” to improve their range. This technology is designed to work best in environments with a lot of obstacles-if you need to cover a house that includes steel or concrete walls and floors, or many smaller rooms rather than larger open spaces-then you may find these wireless routers more effective.

Some wireless routers include extra features that go beyond basic router functionality. You may find some of these helpful, but others may just add to the price without adding anything all that useful to you. Let’s consider some of the more common extras you may see advertised:

The major wireless router manufacturers are Linksys/Cisco, D-Link, and Netgear. You will see these brands dominate in most retail stores. Look for sales because these manufacturers often discount models from week to week and you can sometimes find a good deal for substantially less than $50.

Online, you will also see brands, such as Asus, Belkin, Buffalo Technology, and SMC, all worthy of consideration. If any of the enhanced features listed above are important to you, start by searching major vendors, including Best Buy, Amazon, or NewEgg for models that offer these. Otherwise, set a budget ($50 is a good number) and look for routers below that price to create a shortlist.

Aaron Weiss is a freelance writer, author, and Wi-Fi enthusiast based in upstate New York. For more by Aaron Weiss, read “DD-WRT Tutorial 3: Building a Wireless Bridge.” For definitions of unfamiliar terms, visit our searchable glossary.