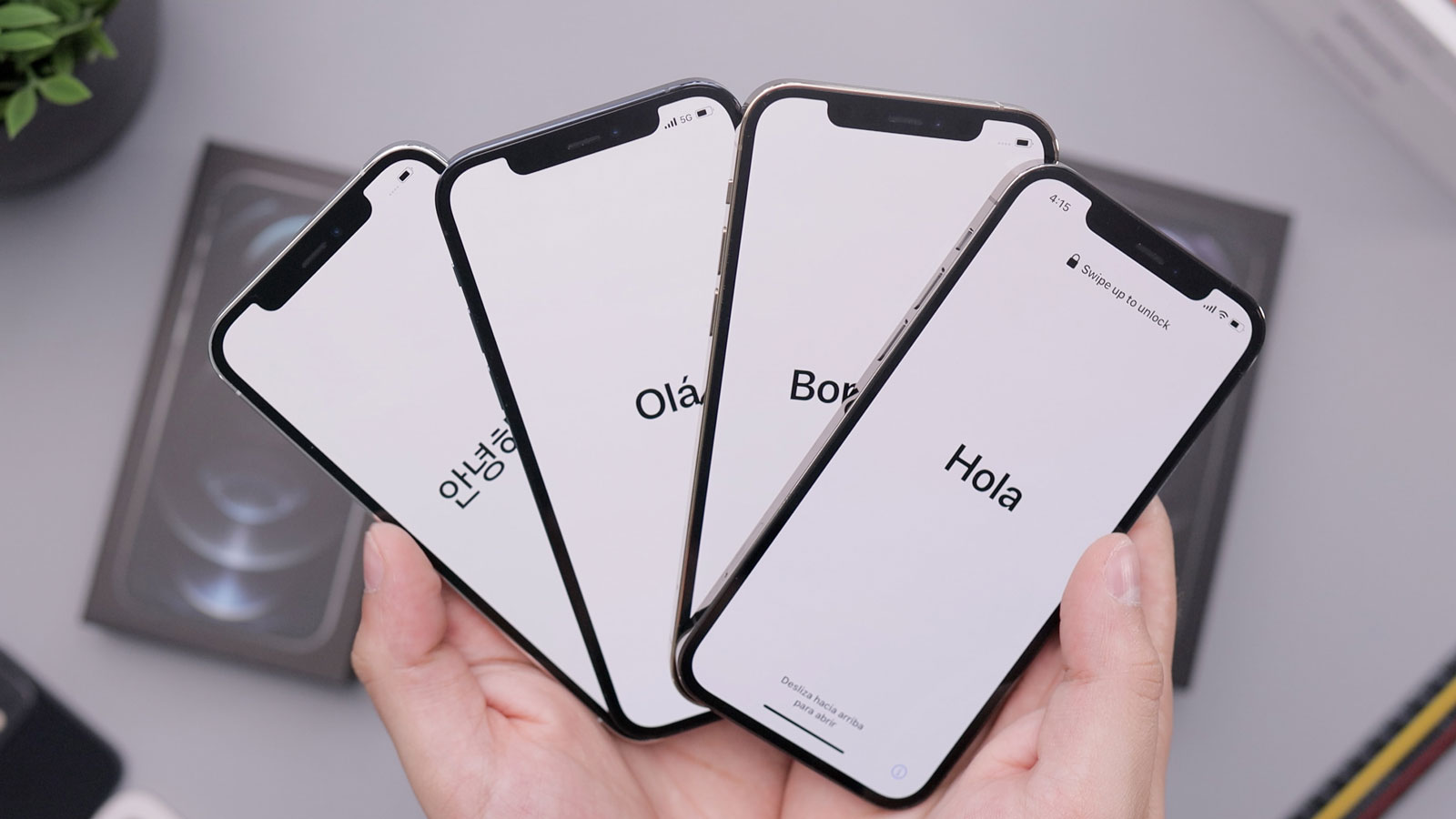 A comprehensive and in-depth guide of the evolution of the iOS mobile operating system.

The beating heart of the iPhone for the past 15 years has been iOS. The operating system is what works the magic and activates this incredible device. It’s the most important parts of the iPhone and yet one of the most underatted.

The operating system that powers the iPhone, iPod touch, and iPad is known as iOS. All smartphones ship with this essential software, which enables them to run and support other programmes. What Windows or macOS are to PCs or Macs, iOS is to the iPhone.

In 2007, the operating system was named iOS, which stands for “iPhone Operating System”.

Since then, iOS has developed into a monstrous and total beast of a system, thanks to Apple’s constant upping of the ante and releasing 15 further updates (to date), constantly upgrading the user interface and the phone’s enormous array of features and capabilities.

The dates of each iOS version’s release and the features it contributed to the platform are listed below. Let’s go back to the beginning, in 2007, and travel through time, stopping at each iteration of iOS along the way.

The operating system that got everything started was known as iPhone OS. It was the model that was already pre-installed on the initial iPhone.

The first software release to support the iPod touch was version 1.1, which was made available in September 2007.

From versions 1-3, the operating system was still known as OS; however, with version 4, the name was changed to iOS.

Significant and ground-breaking advancements in cell phone technology include support for features like the multitouch screen, Visual Voicemail, and iTunes integration.

Although this initial edition was a significant advancement at the time, it lacked support for actual third-party apps and many other features that would later become intimately associated with the iPhone.

Calendar, Photos, Camera, Notes, Safari, Mail, Phone, and iPod were among the pre-installed applications (which was later split into the Music and Videos apps).

This version was famous for the launch of the App Store, and its support for real third-party apps. Before, it only supported native apps.

At its debut, the App Store had about 500 apps. Numerous additional significant upgrades were also included.

Podcast support and walking and public transportation directions in Maps were two other significant additions made in the five releases to iPhone OS 2.0. (both in version 2.2).

With the debut of the iPhone 3GS came the release of the OS 3 operating system. It was the first OS version to support the iPad, which was released in 2010 with version 3.2 of OS.

Copy and paste, Spotlight search, MMS support in the Messages app, and the capability to record films with the Camera app were all notable features of this OS version.

iOS 4 was known as the operating system that bought us the revolutionary feature, “FaceTime”. It was also the version of OS where many features of the present iOS started to take shape. These include multitasking, iBooks, arranging programmes into folders, Personal Hotspot, AirPlay, and AirPrint that are now commonplace in the current iOS version.

The name “iOS” itself was a significant shift that came with iOS 4. As previously mentioned, the term “iOS” was introduced for this release, replacing the term “iPhone OS.”

Additionally, this was the first iteration of iOS to stop supporting all iOS devices. It was incompatible with the first-generation iPod touch or the iPhone. Even though they were technically compatible, certain previous models couldn’t use all of this version’s features. ​

Since there was a rising need for more wireless features and cloud computing at the time, Apple had to include more wireless functions to this version of iOS.

They responded by introducing functions like iCloud, wireless iPhone activation (before it required a connection to a computer), and Wi-Fi iTunes syncing.

Here, major features like iMessage and Notification Center made their debuts and have since become essential to the iOS experience.

The iPhone 3G, first-generation iPad, second and third-generation iPod touch, and iOS 5 all no longer support these devices.

Apple discontinued support for the iPod Touch (4th generation) owing to performance concerns and the iPhone 3GS due to hardware restrictions with this version.

Version 8.0 of iOS brought back more reliable and consistent performance. Now that the two most recent versions’ drastic modifications were behind them, Apple once more concentrated on introducing significant new features.

Apple Pay was one of the most notable features of iOS 8. It was Apple’s new safe contactless payment system. Another feature that drew huge attention was the Apple Music subscription service, which was included with the iOS 8.4 upgrade.

The user interface and technical underpinnings of iOS have seen significant changes throughout the recent years previous. Because of this, users thought iOS was unstable, unreliable, and no longer the trusted performer it previously was. This forced Apple to concentrate more on improving the OS’s core before introducing additional features.

With iOS 9, they accomplished this. While some new features were included, the main focus was on ensuring the OS’s long-term viability.

Apple met its promises of enhancing stability, performance, and speed on older devices.

iOS 9 turned out to be a pivotal release that prepared the way for iOS 10 and 11’s more significant upgrades.

For years, the environment Apple created around iOS has been referred to as a “walled garden” because, although being difficult to enter, it is a really nice place to be inside.

This was mirrored in the various restrictions Apple imposed on iOS’s user interface and the choices it provided for developers. The iOS 10 release in September 2016 included a more concentrated focus on customization and compatibility.

In iOS 10, cracks started to appear up the walled garden, and Apple filled them in.

The interoperability and personalization were the two main focuses of iOS 10. On a device, apps could now talk with one another directly, allowing one programme to utilise functionality from another without having to launch it. Apps from other developers can now access Siri in new ways. Even apps were now included into iMessage. ​

Beyond that, users now had more options for personalising their experiences, including the (finally!) ability to uninstall built-in apps and additional animations and effects for text message punctuation.

Consumers welcomed the ability for users to finally remove preinstalled programmes from their devices. The support for the fifth-generation iPod touch, the iPhone 4S, the first-generation iPad mini, and the iPad 2 was discontinued with the release of this updated iOS.

Apple still provides support for iOS 10 products, although there haven’t been any updates since version 10.3.3, which was released in July 2017.

Numerous enhancements were made to the iPhone with iOS 11, but Apple appeared to shift its attention to the iPad Pro lineup with this update. They sought to convert some consumers’ use of the iPad Pro series into a credible laptop replacement.

This is accomplished by a number of adjustments made to iOS on the iPad in an effort to make it function much more like a desktop operating system. A file browser app, split screen apps, multiple workspaces, brand-new drag-and-drop capability, and support for handwriting and notation with the Apple Pencil are among these updates.

iOS 12 was a pretty uneventful release.

The additions made in iOS 12’s new features and enhancements aren’t as significant or ground-breaking as those made in some earlier OS releases.

Instead, iOS 12 concentrated more on improving widely used functionality and introducing new features that enhance how users interact with their devices.

Improvements to Siri, such as Siri Shortcuts, increased Augmented Reality with ARKit 2, and offering users and parents options to monitor and restrict their device use with Screen Time were some of the major innovations of iOS 12.

The biggest change that was released with iOS 13 was the fact that OS no longer runs on the iPad. iPad released their own operating system called “iPadOS”.

Dark Mode was the most notable addition to iOS 13’s feature set.

A uneventful OS release to be fair. There were no major changes or revolutionary features. Instead,

There’s no single major change or theme to the changes introduced with iOS 14.

Instead, iOS 14 is a collection of several minor and moderate adjustments to the features, user interface, and general usability that together improve the experience of using an iPhone.

With the addition of Homescreen Widgets, the potential to select default apps in specific situations, and stronger privacy controls, personalization may have seen the most significant improvements.

iOS 15 continued what Apple had been working on for the past couple of years. Improvements in security and privacy, blocks more ad tracking, improves Siri and the camera app, and many more features.

The recent trend toward remote work has produced the largest advancements. Improvements to FaceTime audio, support for FaceTime conferencing on the web and Android, updates to the Messages app, and other features fall under this category.

Numerous improvements to FaceTime including:

– SharePlay. Watch video or listen to audio together, and share screens while on a FaceTime video call

Major updates and improvements for Photos app, such as Live Text and Visual Search.

iOS 16 was announced in June 2022. It was unveiled alongside the new iPhone 14 series of phones and would be gradually made available to customers in the fall of 2022. A redesigned lock screen with a fresh appearance and improved customising options, such photo shuffle and widgets on the lock screen, will be among the features.

There will also be updates for other apps, such as new Messages capabilities, SharePlay support in FaceTime and Messages, and improvements for Apple Wallet with features like Apple Pay Later and Apple Order Tracking.

Apple Maps will be redesigned in iOS 16 along with additional functions like cycling, lookaround, and multi-stop navigation. The iOS update also includes enhancements to Spatial Sounds that let users customise the audio on their AirPods.