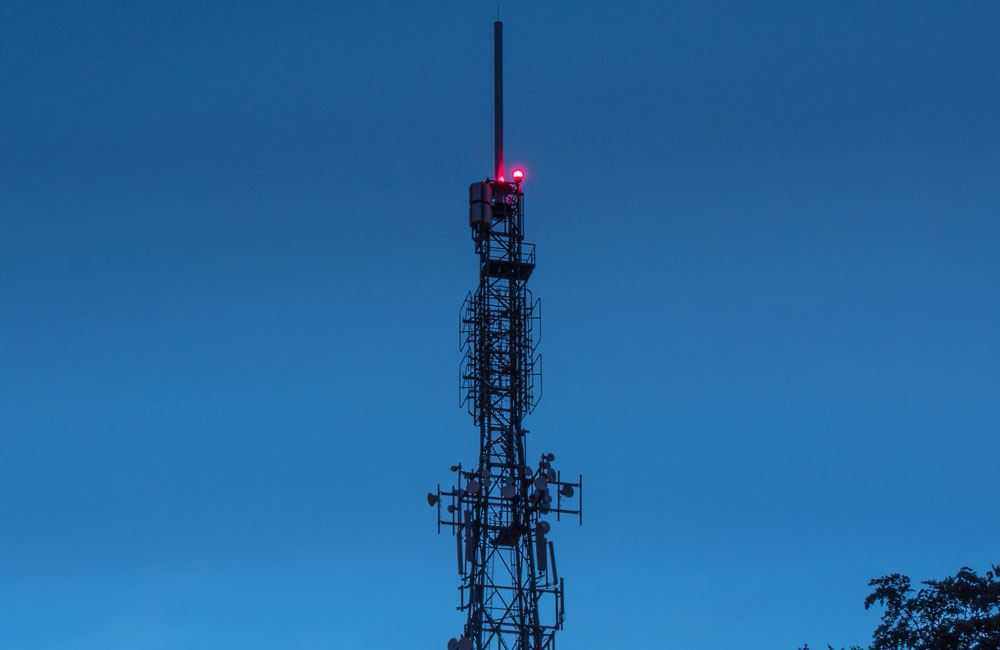 In the last couple of decades, wireless communications saw a massive boom in adoption and innovation. As a society, we went from relying on old-school analog technology to having a world of information at our fingertips. Currently, we’re in the midst of the fourth industrial revolution, creating even more demand for innovative technology and stable connectivity.

Devices are more capable than ever, and we have evolving wireless technology to thank for it. One recent change that’s poised to impact our connected world significantly is the commercial adoption of CBRS.

If you’re unfamiliar with CBRS and the hype surrounding it, buckle up! This area of wireless tech is one that you’ll want to get as familiar with as possible.

What Exactly is CBRS?

Before we go any further, let’s clear up some confusion. No, CBRS doesn’t have anything to do with CB radio. CB radio, or Citizens’ Band radio, is a form of two-way voice communication. It’s most often associated with truckers. Traditional CD radio lives on the 27MHz band, which is a far cry from the capabilities of CBRS.

This band of the radiofrequency spectrum has always existed. However, it has limited use and was not available for public and commercial applications. That all changed in 2010.

How CBRS Came to Be

Initially, the creation of a new publicly available transmission band was identified by the US National Telecommunications and Information Administration in 2010. However, it wasn’t freed up for use until much later.

The US Federal Communications Commission (FCC) began a National Broadband Plan in 2012. Initially, the plan was to free up only 500 MHz of spectrum for mobile uses. However, those goals expanded quite a bit after the FFC shifted its focus to the 3.5 GHz band.

They called it the “Innovation Band” in 2015. Implementation of the band is still up for debate. Different stakeholders disagree on the technical specifics, but the FCC shows interest in hearing from all sides.

In 2020, the FCC took significant steps to make CBRS implementation a reality. In January of that year, the organization authorized full use of the CBRS band for commercialization. It established new rules, opening up a world of possibilities for wireless carriers in their efforts to deploy more robust mobile networks.

But that’s not all.

The FCC also began auctioning priority access licenses. The FCC auctioned off 22,631 licenses across the United States. Each one is a 10-MH block. Every county in the country will have seven of those blocks, and purchases are on a per-county basis.

The FCC imposed some limits to even the playing field during the auction. Bidders were limited to buying only 40 MHz in any country. Not only that, but the licenses are for 10-year terms.

The auction was a resounding success, and most of the purchases went to big-name providers like Verizon and Comcast.

One important distinction to remember about CBRS is that it’s a shared wireless spectrum. It doesn’t exclusively belong to any entity. The FCC designated the band for sharing among three different tiers of users. These include incumbents, priority access licensees, and general authorized users.

Incumbents receive the highest access priority. These entities had historically held rights to use the band long before it became public. Many fixed-ground satellite services use the spectrum band. Even the United States Navy used it for radar.

Incumbent users are the most prioritized. Others cannot interfere with incumbent use at all.

Priority Access Licenses, or PALs, belong to entities you’re likely familiar with and the ones you’ll be going through to access CBRS in the future. Big ISPs snatched up a vast majority of these licenses.

In the hierarchy of importance, PALs, come in second place. They cannot interfere with incumbents and may have to tolerate incumbent interference from time to time.

Lastly, we have General Authorized Access, or GAA for short. At this tier, users can utilize the unlicensed spectrum for free as long as they don’t interfere with incumbents and PAL users.

As a shared wireless spectrum, there are additional factors to consider for smooth operation. An entity must manage CBRS usage. Otherwise, interference would run rampant.

A series of sensors detect and monitor CBRS use. These sensors, called Environmental Sensing Capability, can relay information to Spectrum Access Systems to avoid interference.

The Spectrum Access System (SAS) managers are responsible for granting access to the CBRS. Some designated SAS managers include:

So, what does a SAS manager actually do?

Whenever a device wants to use the CBRS spectrum, it sends a request to the SAS. The cloud-based system governs CBRS channels in a specific geographical area. If there are free channels, the SAS will grant the request and allow the connection. Once the device finishes using the channel, it goes back into the pool for SAS managers to use.

SAS managers have many channels to grant requests. Unless there’s a ton of congestion, it shouldn’t have any problem accommodating most devices.

Why is CBRS Such a Big Deal?

There’s a ton of potential with CBRS. Its sole purpose was to make more spectrum available for mobile use. Thanks to the adoption by massive carriers and ISPs, it will change the face of wireless connectivity!

Supporters of CBRS say that, economically, this technology is better than distributed antenna systems. Not only that, but many believe that connection speeds are going to faster and more stable than even Wi-Fi. The result of that efficiency is the broader availability of cheap spectrum.

Plans for CBRS are already in the pipeline.

Many wireless carriers are expected to take advantage of CBRS to beef up their networks in urban areas. It can also support eye-watering speeds. With the proper setup, CBRS can make indoor LTE services hit 1 Gbps. Outside, good line-of-sight could make speeds five to ten times faster than that!

Cable operators and Internet service providers have a lot to gain, too. Mobile virtual network operators (MVNOs), such as Cricket, Boost, and Simple, could end up using CBRS to offload some of the traffic from their original providers. That would save on wholesale costs, which could bring the cost of service down for the consumer.

Meanwhile, ISPs might use it to deliver last-mile fiber access. In this case, ISPs could save on infrastructure costs and make high-speed Internet available to more customers.

The most exciting applications, however, come from enterprise users. Enterprises can build private networks that power everything from robot manufacturing equipment to IoT devices. IoT, or Internet of Things, devices show tons of promise. The increased speed, reliability, and accessibility of CBRS could change the game for wearables and medical devices alike.

The sky’s the limit with this spectrum band, and there’s no shortage of companies looking to tap into its potential.

What Companies are Invested in CBRS?

Many vendors are investing in CBRS. Nearly 190 of them have created the OnGo Alliance. The group promotes CBRS technology adoption and actively works to make it a part of our daily lives.

What companies are part of this alliance? All of the “Big Four” carriers, many popular equipment manufacturers, and even platforms like Facebook and Google are joining forces.

CBRS is the way of the future. While the technology is still in its early stages, it’s only a matter of time before all take advantage of it. This distinct spectrum band will usher in a new wave of technological advancements, making connecting more effortless than ever!